This page introduces you to composition and composition methods. These are various ways in which people write down music.

One of the most important elements in music is composition. Without it, there would be no music for our societal landscape. There are also many composition methods in which to write. Basically, It is the art of putting music (i.e. notes, chords and sometimes words or lyrics) down on what's called manuscript paper or staff paper, or if you're into it, into a notation program.

What are the skills involved to do it?

What education is required for it?

The education required kind of varies a bit. If you are the fast composer who is into composing jingles and short soundtracks, the amount of formal education you need is minimal. Most of this type of composition calls for basic theory training and talent.

For formal practices, such as writing a symphony, you will need at least a bachelor's degree or equivalent training at a conservatory of music. Most of these programs lasts anywhere from four to six years.

Further instruction may be recommended or required depending on the post or position you're trying to get. If you are planning to be a professor, you would need to pursue a Ph.D or D.M.A degree (depending on the institution you go to).

There are various composition methods that writers use to write many pieces that line our musical landscape. This page lets you know about the many types of techniques that composers used in the past as well as the ones they use today.

Also called tenary or song form. The song form is composed of three parts, the main refrain (the A), a bridge, (the B), and the repeat of the refrain (A). Many medieval folksongs are written this way as well as may baroque arias and dance forms like the polka. Reference to this form is also the 32 bar form because typical refrains are four bars and the middle eights (the B) is eight bars. It's usually designed 4-4-8-4-4-8. See the all about arias page for information on vocal music composed in this form.

This composition method is described as composing from start to finish, with no parts repeated. New music is composed in each section. No material is refreshed to form. There are usually no remnants of the music that came before a current point in the music. You wouldn't see a sonata form movement through-composed. This is what I'd like to call "scratch music" since it is done from start to finish from scratch.

This is a two sided form. It is also called A-A-B-B form. It is diagramed in the major and minor forms (I, and i) In each of the B forms, you go to the third degree of the scale or five depending on the reckoning of the piece if in the minor key. If in the major key, I goes to V. (See the music theory page for more on this.) The final stretch of music goes back to I.

This particular form of composition is referenced as A-A-B. This form involves a verse and refrain pattern where the A is separated in to two parts, the Aufgesang with two stollen or verses and the B, the Abgesang (bridge or refrain). An example of this could be a song with two verses before a chorus (if you want a modern example).

The sonata form, also called sonata-allegro form, is stemmed from the binary form of baroque era music that would typically have an introduction, a proper first part called the exposition or opening theme, followed by the transition (in the minor key to III or the major key to five). This has highly modulatory material. Look for some chromaticism and telling modulatory chords.

The next part of the form is often an extension and exploration of the exposition. The music greatly modulates to the next logical progression (III or V). The material does modulate further than this too. Long periods of instability give way to sustained passages that segue into ending material.

The final big part of this composition method or form is called the recapitulation. The key goes back to I, the tonic that it started at. Themes from the exposition are repeated out to conclusion. The ending chords often go between V and I.

Some sonatas have codas or extensions of the recapitulation to end the piece. These are expanded endings that the piece doesn't need that are used for embellished decoration.

This technique is characterized by the art and music of the Romantic period of the mid to late 1800's. This type of music was used to develop an "impression" of a mood or feeling or sequence of events. This, as a composition type took standard elements of sonata-allegro, sonata and other forms and turned them into uncharted territory by altering what chords each part of the form would land on, thus violating the rules of the first version of common sonata or other form.

Beethoven was one such composer who took the form in sacred and secular forms to new heights exposing major and minor to newer twists that no one had heard before.

Other composers, at the end of the Romantic era were using what are called chromatic mediants (using major and minor forms of the third and sixth degrees of the scale to advance music. This is one of the first places where soundtrack music originated as purely new age.

This was the followup technique to impressionism. The 1900's started some of the most out-there music composed. Composers like Schoenberg, Webern and Berg were making pieces as reactions to things that were happening in the world at the time. Most of this music is very chromatic, full of reactive imagery and at times atonal, therefore definite chord structures become harder to see.

This composition method is still widely used by composers today. Actually, a mixture of expressionism, eclectisism, minimalism describes the type of classical music that is composed today.

This technique calls for the implementation of different styles of music mixed into one unique form of composition. An example of this is Leonard Bernstein's Mass that includes shades of '70's rock with with choral church passages reminiscent of the Mass Proper form.

This composition method is precisely the simplest type of compositional technique to emerge in the twenty-first century. Composers like John Adams and Philip Glass are widely known for creating pieces based on one note or chord and exploiting it in many different ways, either by increasing note and dynamic values or manipulating the simplistic music by electronic ways.

I will be sure to go over more compositional structures in detail on upcoming pages and will update this page on a regular basis. For the quick fix on composition methods for all ages, go to the latter link, or if you're new to music theory, go to the music notation page.

Click here to be redirected to the home page. 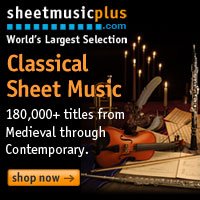